History of the Cajon Pass Group 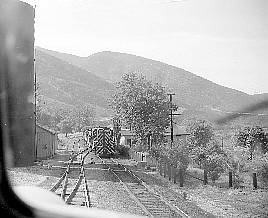 We started out in 1970 as an informal group of Cajon Pass modelers corresponding with each other by paper mail, when the early Santa Fe Modelers Association (SFMA) helped us get in touch with each other. Some of the people I was writing to then were Tommy Johnson, Bill Messecar, and Ron Dlouhy. Ron worked in the San Bernardino shops and got me copies of some old records of Summit, from which I was able to make the first drawings of the Summit depot for the SFMA High Iron publication, later reprinted in Pete Youngblood's softcover book on Modeling Cajon . (Those plans were redrawn on computer by Rick Blanchard in the 1990s and have now become an HO kit.)

My SFMA article on Cajon Pass also resulted in my getting in touch with Chard Walker and beginning a correspondence with him and with his friend Bill Garner. In the early 1970s I also worked on scale drawings of the SB roundhouse and sand tower, thanks to some photos sent by Bill Messecar, and those also appeared in the High Iron and later in Modeling Cajon. I'm pleased to see that Ted York and others are now using those drawings to model San Bernardino (and there's a kit for the sand tower in the works). 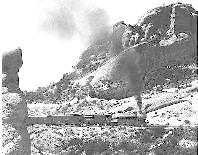 In the early 1980s we became an official committee of the new Santa Fe Modelers Organization under Jared Harper, and we tried to submit regular articles about Cajon Pass to their magazine. Other members joined in to help us, such as Robert Rogers, John Parker, Stan Kistler, Otto Kroutil, and many others. But things went quiet in the late 1980s and early 1990s, as I was too busy helping to raise my two little children.

In 1995 I made a resolution to get back into my Cajon Pass research, and I started this Cajon Pass Group by sending out paper newsletters (several per year) to everyone I'd been in contact with before. We had many more members join the new group, including Andy Sperandeo, Ted York, Loren Martens, Richard Hendrickson, Al Bowen, Rick Blanchard, and others. The goal at that time was to have each member volunteer to work on some research project about Cajon Pass, so that we might produce a series of articles for the Warbonnet magazine, but very few actually got completed. But Rick Blanchard worked very hard with me and produced a wonderful set of drawings of Summit structures, which we planned to use in a book on Summit, which is still on the back burner. 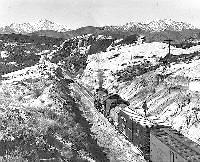 As email became popular in the later 1990s, we gradually moved to using email and the paper newsletters faded away. As time went on, it became an automated email list, eventually moving to Yahoo Groups as the CAJON list. Email brought in many more new members, including Frank Post, Don Sheets, John Chipps, and so many others. You can read all of the old CAJON messages archived at Yahoo Groups at: http://groups.yahoo.com/group/CAJON/

Some of the members didn't want to receive the email messages about current railfan events on Cajon Pass, so I set up an informal "history only" list of about a dozen people. When I send out a message, I copy it (cc) to the history-only people. When someone else posts a message or question to the CAJON list that looks relevant to the history-only people, I forward it to them. Many people send me messages off-list, and then I reformat them (spell-check and re-paragraph) and post them to the entire list, including the history-only list.

Besides our archived messages (and some photos under the Photos link) at our Yahoo Groups website, we also have our own separate website for the Cajon Pass Group. It's at: http://www.trainweb.us/cajongroup/

This website was started by Guido Cherici and is now rebuilt and managed by Ed Harrison. I plan to send him (with Jim Kirwan's help) many of our messages about the old days to organize into research topics.

Ted York has a Cajon Pass website (and layout) that's so impressive that we should mention that too:  http://mywebpages.comcast.net/cajonpass52/index.htm

Well, that's an overview of our history and what we're all about.

If you wish to contact the webmaster, please feel feel to email me.

This Page Created and Maintained by webmaster,